How to Become a Plastic Free School

You are here: Home1 / How to Become a Plastic Free School

Training available today! Join us at 4pm on Zoom to find out how we can help!

Plastic pollution is definitely an important topic of our times.  More and more evidence is showing us there is need to change our habits.  It is difficult to know where to start. Tackling this problem that effects each and every one of us will require action from everyone.

Many of us are already looking for ways to reduce our own impacts, from remembering to take our reusable bags to the shops, to collecting litter from our local beach, park or stream.

The question we want to answer for you is how can your school become a Plastic Free School? 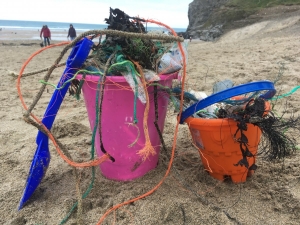 What Is  Plastic Free Schools?

Plastic Free Schools is a Surfer’s Against Sewage nationwide movement with the aim to eradicate single-use plastic from our environment. It helps pupils understand the problems with plastic in the environment and teach them to identify single-use items, question whether we need them, and look to replace them with something better. It’s all designed to help children learn first-hand the power of their own voice while creating lasting environmental change from the playground to parliament!

As part of the Plastic Free School campaign you will need to educate and teach students about plastic waste. Have a look at our teaching resources to help achieve this:

Here are some of our own tips to reduce plastic use in your school.

We work to deliver workshops, assemblies  and more to help embed the 3Rs (Reduce, Reuse and Recycle) into the curriculum and everyday school life.

Find out more about our Plastic and Litter Workshops here.

In 2018,  Georgeham Primary School, became the first school in the UK to achieve the Plastic Free Schools status.

How did they do it?

First, they looked at what plastics were in and around the school that weren’t necessary such as milk cartons, cling film and sauce packets.  Then they thought about ways to replace them. Here are just a few of the things they did:

The result was not only a dramatic reduction of waste but also great cost savings too! 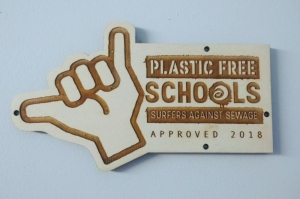 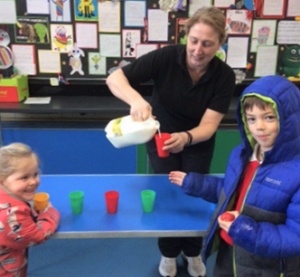 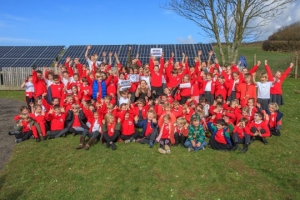 Why not try any of these ideas at your school? We’d love to hear from you if you do!

Find out how to get in contact with us here.

Beach Day school receives free bench!
Scroll to top
We use cookies on our website to give you the most relevant experience by remembering your preferences and repeat visits. By clicking “Accept All”, you consent to the use of ALL the cookies. However, you may visit "Cookie Settings" to provide a controlled consent.
Cookie SettingsAccept All
Manage consent